The food of religions in China 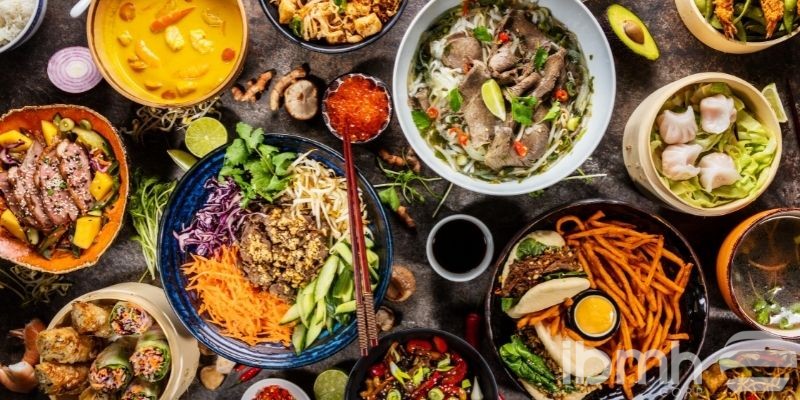 Would you like to know what are the peculiarities of China’s different gastronomic cultures? What is eaten, or what can be eaten, and what not according to Taoism, Buddhism and Islamism? What is the food of religions like in China? It doesn’t seem to matter at all, but it’s another aspect to consider when a hardware company wants to do business with, for example, suppliers in China.

How China’s food culture influences doing business with other countries

Few countries are said to outperdge China in terms of tradition and culture of gastronomy. It is due, in addition to the millions of inhabitants who reside there, to the different religions that coexist in that country. The main ones are Taoism, Buddhism and Islamism.

Each religion has its own gastronomic characteristics, all of them important, because, for thousands of years, in China, the cooking techniques, the presentation, the cultural factors and the whole ritual when serving food at the table have been perfected. Especially when you have guests. Did you know that, in the old years, poetry was recorded in the vessels? It was also common to engrave on plates and cutlery the name of foods that always used to be related to Confucius.

The main religions in China, what is the gastronomy of each of them like?

If you’re going to do business in China, you’d find it overwhelming to know all the peculiarities and customs in this country. But what’s not too much is that you have a clear idea of what the food of religions in China is like, in particular Taoism, Buddhism and Islamism. This way you’ll know what to eat and what it’s not well seen to take when you visit your suppliers or partners; avoid making mistakes will help you earn the esteem of entrepreneurs.

1 Food of religions in China according to Taoism

To talk about the food of religions in China is to talk about Taoism. Also called Daoism, of Chinese origin, specifically in the Taoist school, Taoism is a philosophy that promotes living in harmony with tao. That is why it is based on the Tao Te King, a tradition attributed to the Chinese philosopher Lao Tsé.

According to this religion you cannot eat:

What is acceptable, recommended and well-seen is taking fruits and vegetables. As well as cooking with few seasonings.

2 Buddhism, what can be eaten and what cannot be eaten in China according to this religion?

Buddhism is known as a world religion, philosophical and spiritual, not theistic. It combines a wide variety of religious beliefs, traditions and spiritual practices attributed to Buddha.

In India Buddhists are not vegetarians, however, in China, the vegetarian regime is promoted. The Buddhist doctrine of philanthropy and goodness is put into practice. Which opposes the destruction of the life of human beings and animals.

Vegetables and soy products are the main part of your diet. Along with tea, it plays a prominent role in the diet of Buddhists in China.

3 Food of religions in China according to Islamism

China has a population of Muslims, followers of Islam (monotheistic Abrahamic religion based on the Koran), greater than in Arab countries.

According to this gastronomic culture so present in certain regions of China, the main foods are beef and ram. Cooked mostly with soy sauce. Rice noodles and hard bark omelette are other foods to highlight.

Some of the foods forbidden in the Koran are pork and meat destined for any deity other than Allaah.

So that the customs and way of doing business of manufacturers in China do not affect your imports of hardware, we recommend that you have a team that resides there, that knows first-hand the culture of this country and that works in China for you as one more extension of your company. And most importantly, let him speak your language as well. IBMH is what you need! With us you will have the full guarantee that your imports of furniture hardware and construction from China will have the success and profitability you expect and need for your business. Contact us today!