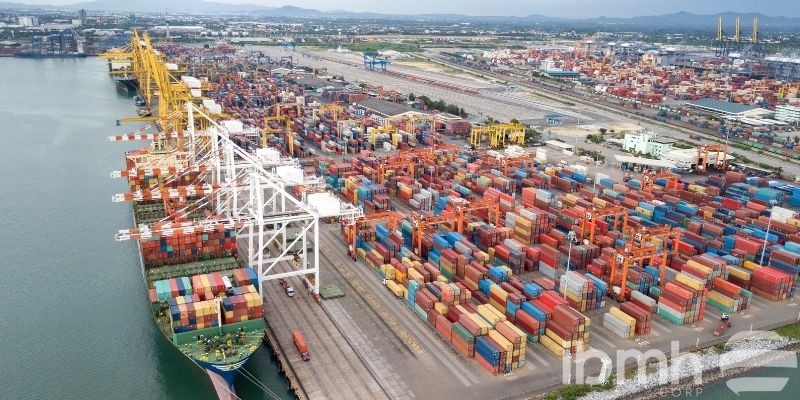 Top ports in China you need to know for your imports

China is a country with an area of more than 14,500 linear kilometers to the Pacific Ocean. Today it has more than 50 active ports, however, five of them handle more goods to import.

Any hardware or other sector business that wants to import with the Asian giant must know what those ports are. In this list, China’s ports are classified by TEU traffic, an acronym for Twenty-foot Equivalent Unit. A unit of measurement for shipping that measures the load capacity of a container in feet. If we exceed that measurement, a TEU measures 6 meters long, 2.4 meters wide and 2.6 meters high. Its capacity is an internal load weight of up to 23,600 kg.

Today this is the most active port in the world. For this reason, and because of its volume and technological innovation, in August 2019, it was named as the ‘best connected port in the world’ by UNCTAD (United Nations Conference on Trade and Development).

It is managed by the Shanghai International Port Group (SIPG) and is China’s largest terminal manager.

China’s Shenzen Port is the collective that links several ports along 260 kilometers of the Guangdong Province coast. This is the second most active port in China and the third in the world. Its TEU traffic is around 30 million. If we look at the data from previous years, we see that traffic from this port has increased greatly in recent periods, since in 2014 it was 24 million TEU.

This is the third most prominent port in China and the fourth in the world. Like the previous one, this port has also significantly increased its traffic since 2014. In turn, it should be noted that it was the first to achieve the 1,000 tonnes of transport. Mainly due to the various routes created by the BRI (Belt and Road Initiative).

Moreover, it is at the heart of China’s economic plans. In 2019, an agreement was signed with the german terminal operator HHLA with the aim of improving trade relations between the two countries as well as different types of technological exchanges.

Another of China’s most important ports is Guangzhou. In 2018 it was categorized by Alphaliner (The Worldwide Reference in Liner Shipping) as one of the fastest growing in the world. According to experts, today it is known to be one of the China’s economic engines.

On the other hand, it should be noted that it reached agreements with the Port of Rotterdam. Their alliances aim to improve the ties between Europe and the East.

At number five is China’s Qingdao Port. Eighth in the world ranking of ports according to the volume it handles. Its annual traffic exceeds 18.2 million TEU.

This port plays a key role in China’s maritime strategy. Because it owns 9.9% of the Vado Gateway Terminal in Italy. It is for this reason that it has a good point of support in the European market.

Knowing China’s major ports can be an advantage for your business. Even more having IBMH’s China purchasing management. We work and live in China and are specialized in hardware and accessories for the furniture and construction sector. Contact us today! We will take care of your hardware import strategy with the utmost professionalism and with total guarantee of success.