For the benefit of the country and its future generations, the Chinese government has implemented new laws to reduce emissions of air pollution. These laws are efficient, but sometimes it may seem a bit drastic.

China is facing a very serious problem. However, many Chinese family-owned enterprises have been forced to close after environment officials considered their equipment inadequate. The way of proceeding did not help these small companies to survive: They were not given much explanation or a period to amend their machines. 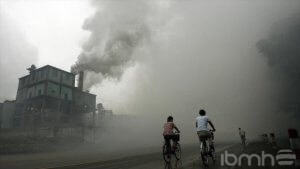 Since 2016, these small Chinese factories have not been able to upgrade their machinery due to lack of knowledge. That is why there has been a wave of complaints, as for these companies is a basic way of survival. From IBMH, we believe that the Chinese Government should promote these spaces so that they can continue their manufacture in compliance with the new laws.

An example of a factory that closed recently, a supplier of many floor factories.

Do you want more information? Here you can learn more.