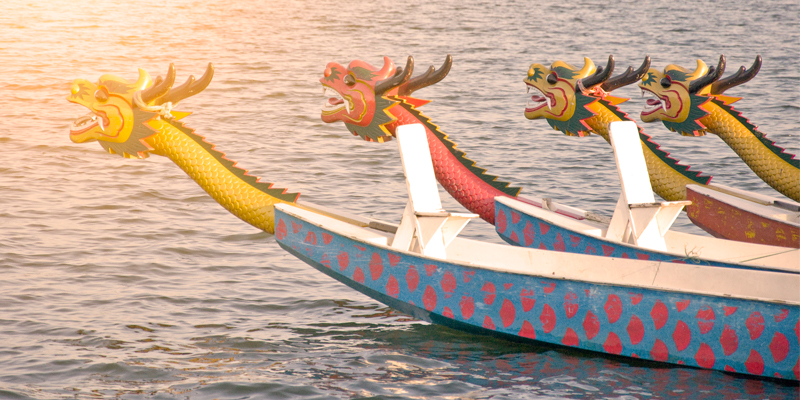 At IBMH we are very attentive to anything that can influence business and festivities, as in any place in the world, may create some uncertainty. So, if you are a professional in the furniture and construction hardware industry and are preparing a business trip during the Dragon Boat Festival, you should know:

What is the origin of this party?

The Dragon Boat Festival or Duanwu Festival (端午节) is an ancestral Chinese party. It is held in various parts of the country to commemorate the poet Qu Yuan, defender of the loyalty and political integrity, and adviser of the emperor. Influenced by corrupt ministers, the emperor stopped appreciating his political ideas and banished him. From exile and with no more power than his word, he became a poet to describe what was happening in his country. Finally, Qu Yuan decided to commit suicide by throwing himself into a river tied to a rock. The people, aboard their boats, sought him to save him. They also threw zongzi into the water and hit with sticks, to prevent the fish consume their body. Legend has it that the River Dragon took his soul.

Dragon Boat Festival: What is it?

The Dragon Boat Festival is a traditional Chinese holiday that is celebrated on the 5th of the fifth lunar month and so sometimes it is called the “Double Five Party”.

What does the dragon represent in Chinese culture?

Although it is not really known the origin of this mythological being, the Chinese are regarded as the descendants of the dragon.

The Dragon in the eastern area has nothing to do with the one known in the westernmost areas. This dragon is a kind of animal mix. It has body of snake, horse head, ears and horns of deer, beard of lamb, mustaches of catfish, legs of condor and flake of fish. They have no wings, they are benevolent and a good fortune symbol.

In ancient times, the Chinese emperors thought they were the real dragons and children of heaven. They slept in the “dragon’s bed”. Their armchair and his clothes were “from the Dragon”. The dragon was a symbol of the emperor’s power.

Within the Festival there is an activity in which all eyes are focused. The Dragon Boat Races. Some of its main features are:

For us, leaders in the management of hardware imports, the image of these teams perfectly coordinated and struggling together towards the same goal is a great teaching and our work philosophy. Check it for yourself, if you come for business trip during the Dragon Boat Festival.

In a “Dragon Boat “, each one has a precise place and a specific role. But, what good is it if the group does not work as a single body, everybody rowing at once? Everybody has to be focused on their work. Integrating the work of all, with faith and rowing with the same goal. Only then they will have real opportunities to win.

If you are preparing a business trip during the Dragon Boat Festival, Guangzhou is your destination!

In Guangzhou, this festivity is also celebrated and, of course, IBMH is not going to miss it. It would be a pleasure to share it with you.

We find it essential to combine work and folklore, so we want to share some of the Chinese traditions that you can enjoy if you organize your business trip during the Dragon Boat Festival in Guangzhou:

The hardware sector is partying this month so take advantage of that! Get to know our service at first hand and enjoy the wonderful Chinese traditions practically all at once. You will back from your business trip during the Dragon Boat Festival with tangible benefits for your business and a magnificent memories from China.