The price of Steel raises


As has been said in the media, by the end of 2016 China’s environmental authorities issued a red alert throughout China, as atmospheric pollution rose stratospheric levels. In fact, the pollution level in China is 50 times higher than what the World Health Organization considers safe.

That is why schools were closed, traffic stopped, flights remained ground because of poor visibility, and the richer urban inhabitants, called “smog refugees”, escaped to the field to catch their breath. In addition, the government closed more than 1,000 Chinese factories in the region, a large part of which produce steel. After that, many factories were abandoned. However, China’s environment is now a little cleaner. 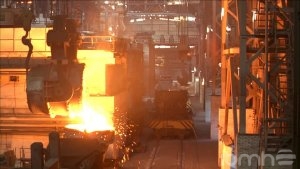 That is why the government closed thousands of factories, a large part of which produced steel. In 2017, as a result of their environmental impact, factories that produce steel have been forced to reduce their production capacity again. In fact, you should note this:

– We are currently facing the maximum cut-off point for steel production, so imports of steel hardware in China have a very high price.

Look at the following graphs:

Do you want more information about this topic? Check de following link